Department of Aging and Community Living 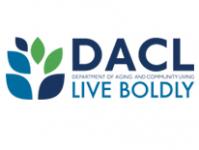 Laura Newland
Director, Department of Aging and Community Living
-A +A 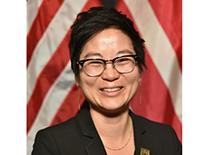 Laura Newland is the Director of the Department of Aging and Community Living (DACL), an agency that develops and carries out a comprehensive and coordinated system of health, education, and social services for the District’s older adults, people with disabilities and their caregivers. In this role, Newland is charged with ensuring that District residents ages 60 and above, people with disabilities and their caregivers are connected to government resources that promote longevity, independence, dignity, and choice.

Prior to this position, Newland served as DACL’s Interim General Counsel and supported the agency on a broad range of legal and policy issues as part of the senior management team. Before coming to the agency, Newland served as Special Assistant for Community Living in the Office of the Deputy Mayor of Health and Human Services, where she worked primarily on interagency long-term care and real property tax issues in the District.

Newland has professional roots in advocacy. Prior to joining District government, she worked at AARP Legal Counsel for the Elderly directing the Real Property Tax Project, where she spearheaded the community advocacy and litigation strategy that led to significant legislative reform in 2014, and the creation of the Real Property Tax Lien Ombudsman. Before receiving her Juris Doctor degree, she worked in a variety of nonprofit settings, spanning numerous issues including domestic violence, jail-based voting and registration, and consumer protection.

Newland received her Juris Doctor degree with honors from Georgetown University Law Center and a Bachelor of Arts with honors in Political Science from Kalamazoo College.